the largest selection of UK caravans and motorhomes on the Internet

Graham visits the Static Holiday Home Show at Beaulieu in Hampshire. We see a special sensory caravan built by ABI for the Childrens' charity Variety. We chat with NACO & see what's new for 2016. 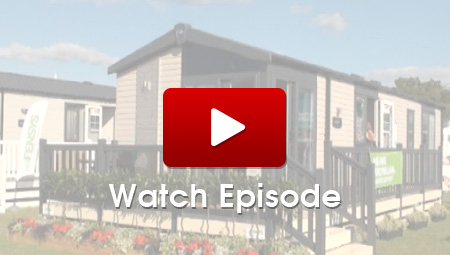 World Exclusive!! Graham returns to America to visit a very very special rallye where a whole town high street closes down to make way for over 100 Airstream caravans, for one giant party 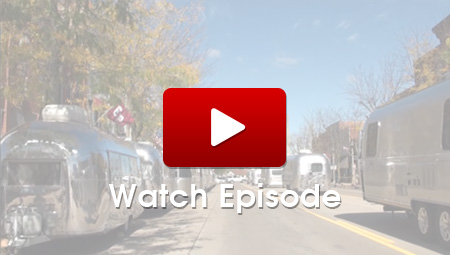 World Exclusive. Graham visits Lippert Components in the USA, the largest manufacturer of caravan accessories on the planet. Glass windows, slide outs to beds.
They make just about everything! 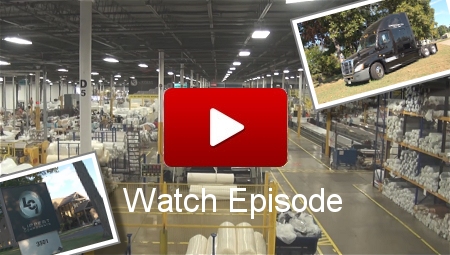 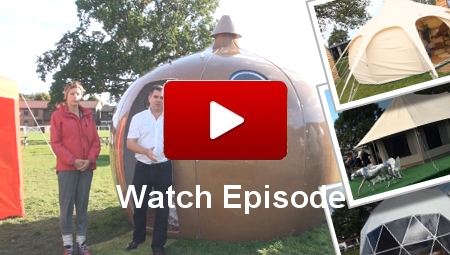 Graham's back at the Motorhome and Caravan Show, the UK's largest show of the year. In this second episode from the show we catch up with Alde to see a new gadget which gives you constant hot water.. yet is lightweight and economic to run. Sounds too good to be true. We also see a new slide out system for panel vans from USA giant Lippert Components. Plus we also take a look at Caravan Finders' 360 degree virtual reality service and we catch up on tyre safety from industry expert Tim Booth. 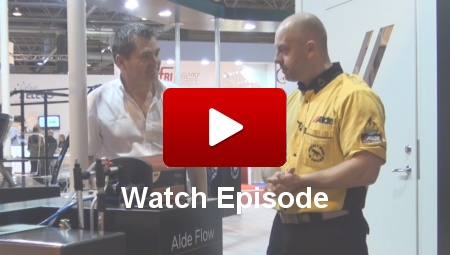 Our 1st of 2 visits at the Motorhome and Caravan Show 2015 at the NEC. Graham meets Carl Fogarty, finds out about a new club and takes a look at a luxury panel van from Wellhouse Leisure. 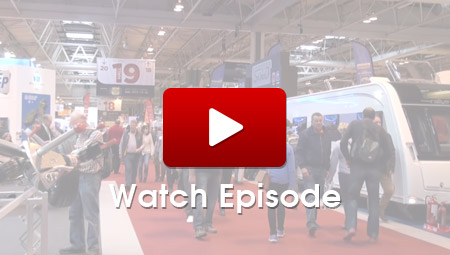 Graham heads over to the Caravan Salon, the worlds largest caravan and motorhome show in Düsseldorf, Germany. From a £400,000 motorhome, slide outs, dog kits to a new pop top caravan 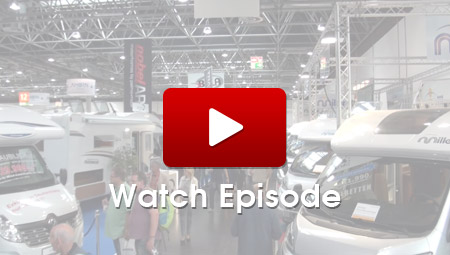 Graham heads up to Hull to visit The Lawns Show. We take a look at new caravans and lodges for 2016 plus we catch up with CRIS to see how well their new security system has been received. 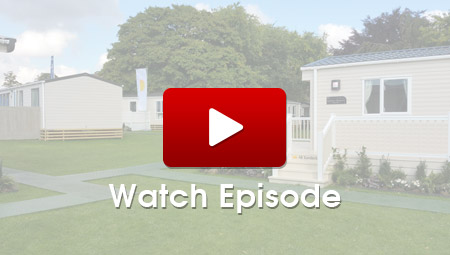 We travel to Germany for the launch of the new Truma INET system, a system to control your heating / water system using a mobile phone plus we find out what's new from Coachman Caravans for 2016. 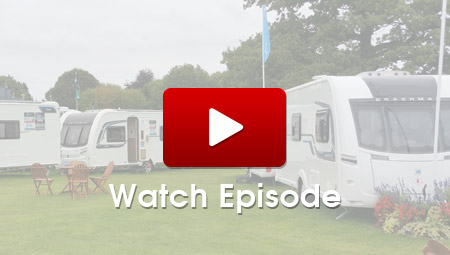 Graham finds out what's new for 2016 from Xplore, Elddis, Compass and Buccaneer. This includes a new Accordo motorhome and the stunning new Elddis Crusader range 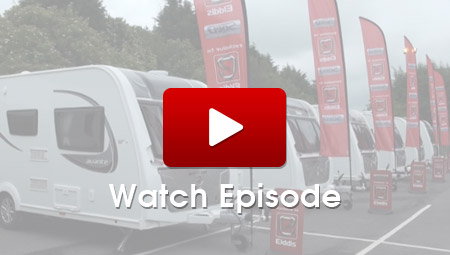 See the new 2016 line up of caravans from Lunar and Venus, plus we find out about a new security system which is about to be launched by CRIS, the Central Registration and Identification Scheme. 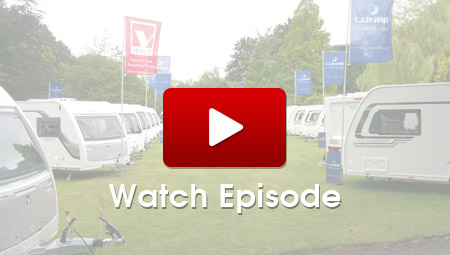 Featured in this episode
Series 5 Episode 15 - 2016 Swift, Sterling and Sprite Caravans and Motorhomes

Graham visits Swift to see their new line up of caravans and motorhomes for the 2016 season. See the new Freedom caravan range and the new models of Rio and Bolero motorhomes. 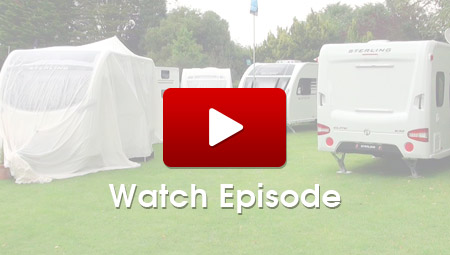 Graham takes a look at the 2016 line up of Adria caravans and motorhomes plus he checks out their new Sun Living motorhome range and heads over to Slovenia for a very special celebration. 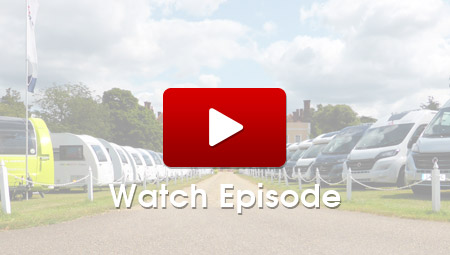 Graham visits a brand new caravan park that has just opened in Blackpool and then travels to Germany to see the new 2016 line up of caravans and motorhomes from industry giant Hymer. 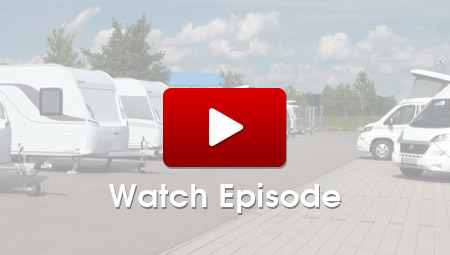 Graham visits 'The World of Park & Leisure Homes Show' in Warwickshire, to take a look at some new models of holiday homes & lodges which have just been launched. Plus a special look at a UFO... 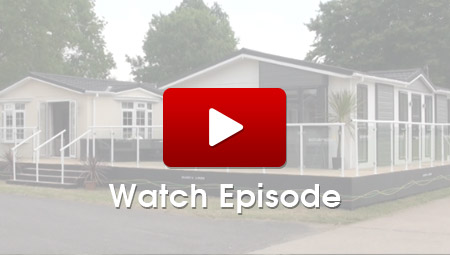 Graham visits two caravan and motorhome parks in Florida USA to see just how different they are from those found in the UK. Palm trees, sunshine and lots and lots of Amps!! 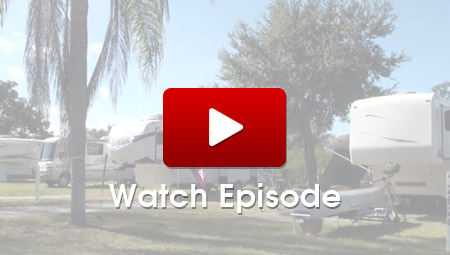 Graham joins the Camping and Caravanning Club and the South East Trailer Tent and Folding Camper Group at a stunning 200 acre park in Kent, to find out more about Greenfield camping. 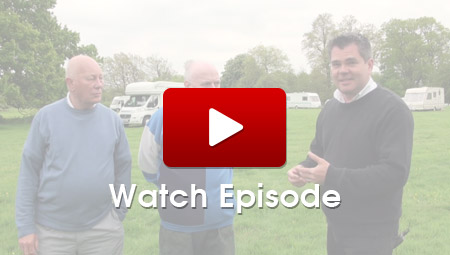 Ever fancied having a caravan or motorhome adventure in Wales? Graham travels to North Wales to visit two parks, one of which is has 5 Star rating and shows the stunning scenery to be had. 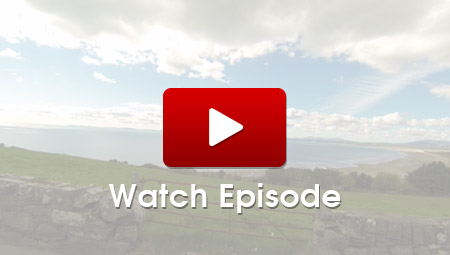 Ever wondered what the Approved Workshop Scheme and red flag is all about? We visit the National Caravan Council to find out all about it and also discover more about the NCC Training Academy. 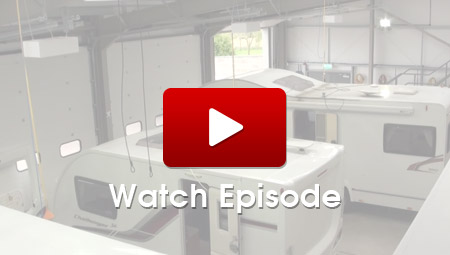 Graham takes a look at a selection of second hand caravans on the market to show just easy it is to get your first caravan and offers some advice of things to consider. 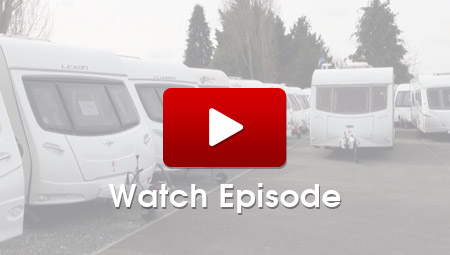 It's an extra special episode this week! We meet up with our lucky competition winners Boo & Paul who receive a Reluxe motorhome makeover.
See the entire process from fabric selection, transformation and presentation of the the new interior. Emotional but stunning! 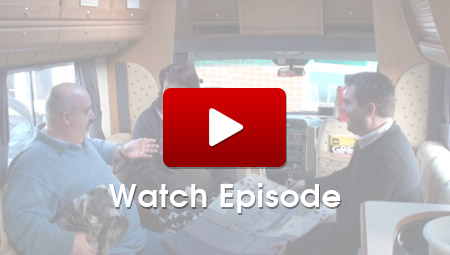 Part 2 of 2 from the NEC in Birmingham. Graham finds out more about some of the changes in the law, takes a look at a motorhome with a slide out and discovers why trailer tents are so popular. 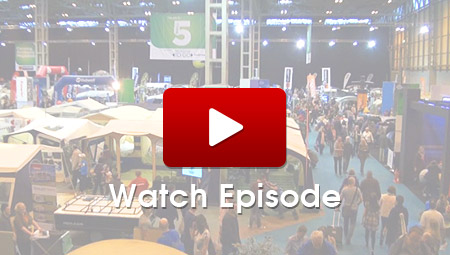 1 of 2 from the Caravan Camping & Motorhome Show. We see a new gullwing caravan, a helicopter which is retiring to a new caravan park and find out how younger drivers can tow heavier caravans 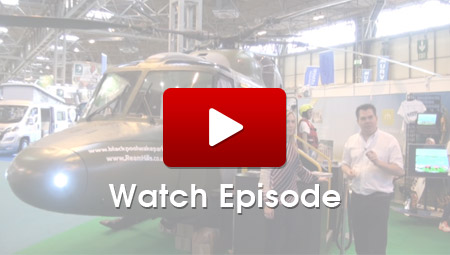 Graham travels to Scotland for the big Scottish Caravan Show of the year and takes a look at a £250,000 holiday home, pods, value for money tow cars and a new caravan for under £10,000. 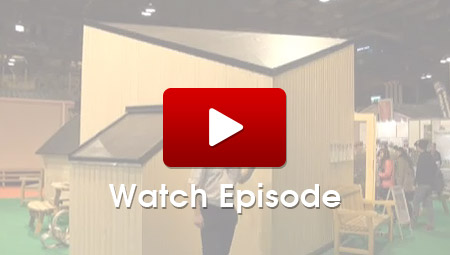 Graham travels to Florida to visit the largest RV Show in Northern America. Take a look at some tiny units rights up to the 2 million Dollar giants of the American road & their eye popping gadgets. 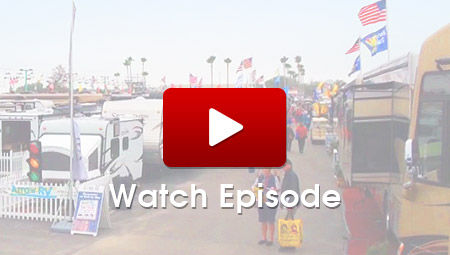 Featured in this episode
Series 5 Episode 01 - Caravanning in 2015

For episode 1 of Series 5, Graham travels to Teesside Caravans to find out more about caravan storage, the essential equipment to get started and explains the typical life cycle of a caravanner. 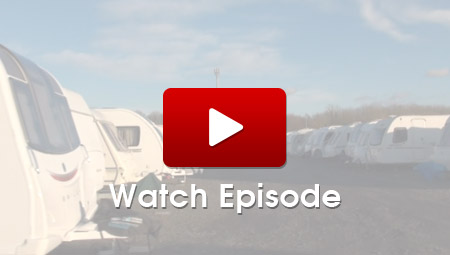